What Can You Do With an International Relations Major? 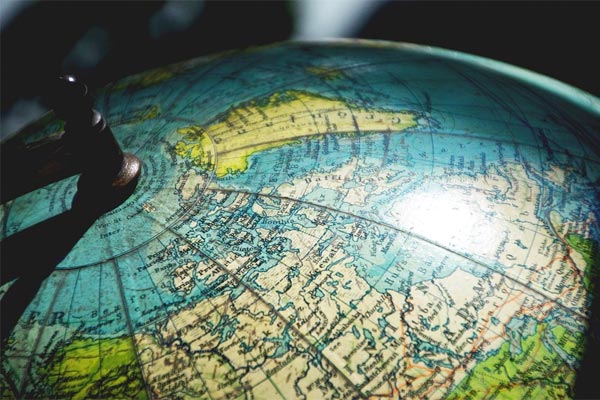 Majoring in International Relations is like buying a plane ticket: it’s definitely going to take you somewhere, it might be helpful to know a second language, and cultural immersion is a guarantee.

If you’re considering getting a degree in International Relations, keep in mind that this area of study doesn’t necessarily translate directly into a specific career. The lack of direction might be unsettling, but in reality, like with so many majors, you can apply an International Relations major to a plethora of career paths. Here’s just a few:

In the words of the US Department of State, “The mission of a US diplomat in the Foreign Service is to promote peace, support prosperity, and protect American citizens while advancing the interests of the US abroad.”

Being a diplomat involves working in one of the 270 embassies in every kind of environment and situation imaginable. Representing the United States and working with foreign governments characterizes the 9-to-5 in this career. And an IR major is a great foundation for it.

International Relations majors might also consider working for the United Nations, which was formed after World War II in the interest of solving geopolitical issues to prevent another global conflict and promote human rights everywhere in the world. Located in New York City, the United Nations hires professionals in these categories: management and operations support; economic and social development, peace, and security; information systems and communication technology; legal; public information and external relations; conference management; and safety and security.

Working for an intelligence agency such as the Central Intelligence Agency doesn’t necessarily mean you’ll live dangerously like one Mr. Bond—James Bond. Intelligence careers are available in the Defense Department, Congress, National Security Agency, and other similar government organizations. These employees are associated with the gathering, interpreting, and classification of sensitive information. In addition to majoring in International Relations, specialization in categories like technology, language, and environmental science will lead to a challenging and exciting career.

International business is an incredibly vast and ever-growing professional field. Companies will send employees to different countries to negotiate, advertise, and develop their business in that location. Because cultural variances and linguistic diversity complicate the process, majoring in International Relations and understanding how to bridge the two areas is certainly helpful as trade contacts expand further and in multiple areas. Getting a degree in Business Administration, preferably a master's (MBA), may also be necessary if you plan on going into international business.

Having an undergrad degree in International Relations won’t give you the title of a lawyer, but it’s an excellent prerequisite major to prepare you for law school. International lawyers deal with the complications of changing laws as borders are crossed. They work in the public and private sectors: Public international lawyers ensure that government actions are in cooperation with the law as they interact with other nations. Private international lawyers are paid to analyze how legal procedure will go about when multiple nations are involved in an economic transaction, a war crime, or the destruction of an ecosystem.

In the end, majoring in International Relations will equip you with problem-solving skills, cultural awareness, and limitless career opportunities. It’s an excellent supplement to a law or business degree, because these fields are rapidly globalizing with the rest of the world. Learning a second language such as Mandarin or French might also give you an upper hand in this field as well. If you’re interested in any of the careers mentioned above, or preventing World War III, this might be the major for you.

So, are you considering an International Relations major? Do you have one already? Do you have any more questions about what you can do with this degree? Leave a comment or get in touch on Twitter, etc.