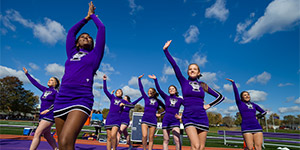 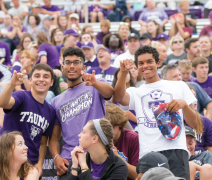 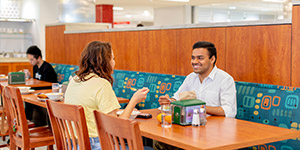 Activities and Athletics:
- Number of student organizations: Over 230
- Students involved in Greek fraternities and sororities: 21% of men and 18% of women, respectively
- NCAA Division II, 16 varsity teams, with the highest number of Academic All-Americans in the country

A welcoming community where professors know students by name, committed to connecting knowledge from various subjects to tackle life’s big questions. That’s what students find at Truman State University. It’s an approach that has been recognized repeatedly for quality and value. In fact, for 23 years in a row, U.S. News & World Report has ranked Truman State University as the #1 master’s-level public institution in the Midwest.

Students at Truman are active both inside and outside the classroom. Around 350 Truman students participate in life-changing study abroad experiences each year. Truman offers a wide variety of experiential internships. The Truman in Washington program provides work experience opportunities in the nation’s capital, and the Missouri legislative internship program pairs students with state lawmakers. Nearly 35% of graduates go on to graduate/professional school, while the majority of others are employed within six months of graduation. In recent years, students have completed internships with United States senators, the United States Supreme Court, the governor of Missouri, business and industry managers, advertising agencies, physical therapists, and artists. The University is also proud of the annual Student Research Conference, a showcase for more than 1,200 student projects.

With a high-achieving student population, it’s not surprising that Truman has the highest overall graduation rate among Missouri’s public colleges and universities. Truman boasts a 99% law school placement rate over the last five years and a medical school placement well above the national average, and has become a top producer of Peace Corps volunteers and Fulbright Scholars. Half of Truman students graduate without any student debt, and the other half graduate with debt below the state and national averages.

Students interested in being considered for all scholarships are encouraged to apply by December 1 of their senior year. Each applicant is evaluated for admission based upon academic and cocurricular records, ACT or SAT results, and the admission essay. The application for admission also serves as the application for the automatic and competitive scholarship programs, and it’s free to apply. Truman also accepts the Common Application.