The Best (and Worst!) College Advice I Ever Got 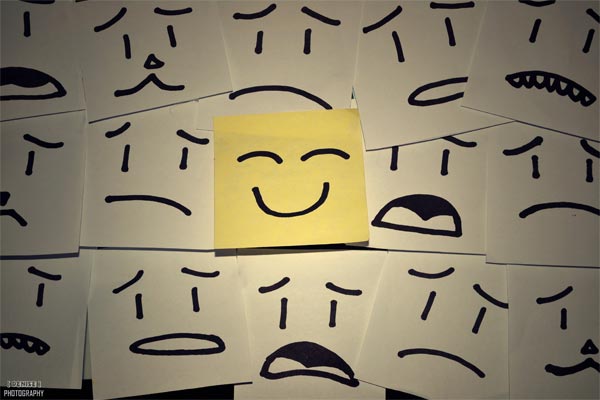 Heading into college, you’re going to get plenty of advice. Some of it will be super helpful; some of it . . . not so much. (For the record, it’s okay to ignore any “advice” that sets off red flags in your mind. Trust your gut, you know?)

We asked college students and alumni to share the best and worst college advice they ever received, so you know what tips to follow—and which ones to avoid.

Before I started college, my cousin told me to keep track of my time and treat my day as if I work nine-to-five. I didn't really like the advice at first; I wanted to be able to choose my class times and take naps in between, so treating college like a “job” wasn’t what I wanted to do with my newfound freedom.  But then I started working on homework late and staying up all night, which caused me to fall behind in my classes since my schedule was all over the place.  I realized I needed to have a more stable plan, so I began using the nine-to-five time gap to get work done. Even if I only had two classes that day, I’d use that time to get reading done or catch up on other work. I had more time in the evening to hang out and relax. And I got my sleep schedule back on track. — Ashley Baboot, Virginia Tech, Class of 2016

College is really about two things...

The best advice I ever received was from my Introduction to Economics  professor, who said the diplomas we received at graduation were the  least important parts of our time there. To him, college was all about two things: to learn how to learn and to  network with people. Classes gave you a firm foundation, but knowing how  to recite a textbook wouldn’t land you a job. Instead, you need to know how to pick up the skills you need throughout your life, and you need to lean on your contacts to put you in touch with the career  opportunities you can apply that knowledge to. To put it in the  words of another professor: “Don't learn just to get a high GPA; learn so  that you can never stop learning.” — Jason L. Bauman Jr., Indiana Wesleyan University, Class of 2008

Yes, it stinks that some internships are unpaid, but they are well worth it. Sometimes you have to put in the grunt work in order to get what you want. For me, I knew I would rather suck it up, work my butt off, and be  poor during college than graduate and not be able to land the job that I  wanted. At one point I juggled two internships, a part-time job, and an  executive position in our Ad Club and attended school full time. I had  drive and knew what I wanted. It wasn’t necessarily my skills that made me  stand out; it was my drive. I was hired less than a week after graduation. — Michelle Hewitt , Indiana University Southeast, Class of 2014

Prior to leaving for college, my mother told me to “explore with structure.” I didn't understand it at the time, but she wanted me to walk that fine line between being enamored with all of the programs and activities available to me on campus and being totally focused on one thing, since I didn’t have enough experience to justify having this kind of focus. So “explore with structure” was a way for her to tell me to be deliberate in my discovery process—to have a plan but still make sure I was exposed to different things. — Kofi Kankam, Harvard University, Class of 1997

Put yourself out there

I was told that I should attempt to meet new people in college. None of my friends from high school would be attending my college, so that seemed a bit intimidating. There was also the fact that it was difficult for me. Most of my friends were the ones I had known since elementary or middle school. But after receiving this advice, I decided to attend an event I had been invited to through my school, Whittier College, before the start of the school year. Although I was nervous about not knowing anyone there, it was through this event that I met one of my best friends for the next three years. I am glad to say it was the best advice that I could have followed going into college. I do not know how I could have survived without the support of this friend. — Alexandra Tamayo, Whittier College, Class of 2016

Do what on a Friday night?!

When I first arrived at college, like many students I got caught  up in parties, tailgates, and building a social circle. Then grades came out, and I was in danger of losing my  scholarship. I finally did something smart and asked for help from  a counselor. He asked, “What have you been doing with your time?” I said, “Studying.” He laughed. Then he told me  to start studying on Friday night. Friday night! No one studies on Friday night. He said, “John, if you want to be more than average, you have to do what the average won’t do.” So I studied every Friday night. I didn’t like it at first, but I  got used to it. It made all the difference. Eventually I graduated, and I received the highest academic  award given by my school. — John Paul Engel , University of Iowa, Class of 1991

Pick your college solely based on “sticker price"

My family ruled out several universities based on the “sticker price,” which I now know is not good advice! Many schools offer multiple ways to reduce that price for a student, especially a student they want. And in my case, we limited our look to in-state schools, thinking they would always be a better value. Again, this is not necessarily true—there are over 4,000 colleges and universities in the United States, and many offer some great values and deals for students. Cast the net wide! — Beth Probst, Purdue University, Class of 1990

...or on athletic scholarships

As an athlete in college, the worst advice I ever received was to choose my  college based on the amount of athletic scholarship money I was offered. I never researched the classes available or the majors open to me. Three years into college, I ended  up getting a sports-ending injury and was stuck trying to figure out where  my degree was going to take me. I was lost. — Anna Crowe Bates, The University of South Florida, Class of 2010

Don't shoot for the stars

I was a chemistry and marine science major for undergrad and ended up getting a bad test  grade in my Calculus II class. Up to that point, I had a perfect GPA, so I went to a  tutor. He told me that keeping my GPA was a “lofty goal” and that I should  just move on. I didn’t take his advice and eventually got an A in the class after  working hard to understand the material and doing extra credit. — Apryl DeLancey, University of Tampa, Class of 2003

Play it safe with your major

I entered college undeclared, but my mother kept telling me to major in a high-paying, stable field, such as medicine or law. This made me a nervous wreck during my first semester, as I attempted to take various classes to determine which field interested me most. I expressed interest in psychology, but that wasn’t a viable option to my mother, and her constant pressure to pursue a different major stalled me from pursuing it. Eventually, I decided to ignore her advice and major in psychology and French. Although I know she had my best interests at heart, I did not need her to decide my future for me. I can honestly say that attempting to appease your family is one of the worst types of pressure you can place on yourself. You should explore your own interests. — Alexandra Tamayo, Whittier College, Class of 2016