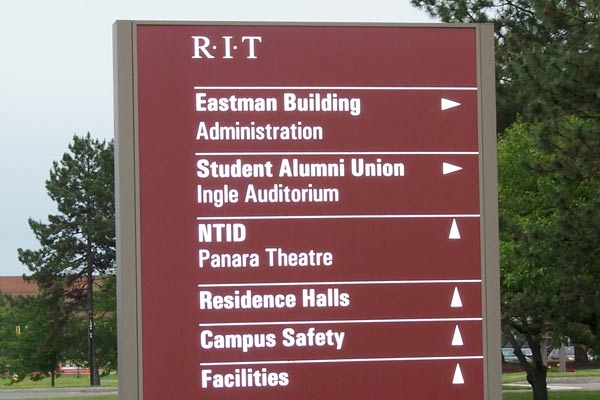 Maybe you’re short on time, or maybe the one day you’re on campus there aren’t any tours. Whatever the reason, there’s a chance that, like me, you’ll find yourself visiting a college with no plan and no idea what to do. Even if you don’t have the opportunity to do anything formal, there are still plenty of things you can do to get a feel for a school.

When it comes to touring a campus, guided tours are typically the way to go, but they are certainly not the only way. Either online or in the admissions office, most schools offer some sort of map that lists important places on campus or gives a full walking tour. These are often the best way to hit the campus’s highlights on your own. However, it’s tough to argue that there is anything better than a student-led tour, which leads to another option: simply asking. While visiting Emerson College in Boston, my mother and I politely asked a student in the admissions office if they knew anyone who could show us around even though we knew it was after hours. One of the students volunteered to show us around himself, taking over an hour of his own time to tell us about the school and show us all the main buildings. His love and enthusiasm for his school was even more evident than in the guided tours I had taken elsewhere, because he was doing it of his own volition in a setting that was in no way scripted.

Where the students are

Chances are if there are no college tours going on, there probably aren’t very many students on campus either. To many prospective students, this can be disheartening, as we all want to see what campus would be like if we were to attend. While you probably won’t be able to get the whole picture, I can almost guarantee you that there is a mass of students somewhere. Every college has at least that one place where students flock, and the key to finding student life during the dead periods is to find that one place. Current students are more than happy to answer your questions and tell you all about their own college experiences, and the more students you can ask, the better. The most common thing that I have noticed is that if you ask one student in a group a question, they all start chiming in, and before you know it you are listening to an entire conversation about recalled dorm antics or favorite past events. It’s these interactions that paint an honest picture of the college experience you can expect.

Almost as valuable as talking to the students themselves is taking time to talk to some of the faculty. Whoever you find could possibly be your future professor, coach, or mentor, so while they’re probably partial to the institution at which they work, their insights on the school will offer a picture of what it looks like on the academic side. While visiting Hamilton College in Clinton, New York, we ran into the swim coach. He was happy to stand there and talk to us about the school’s academic focus and point out different buildings that were a must-see. My mother in particular appreciated being able to talk with him so that she could ask questions that students couldn’t necessarily answer. Faculty offer a valuable perspective on your future school, so seeking them out should be a priority.

If ever my mom and I were completely at a loss for what to do next on campus, the library became our safe haven. Without fail, the library always offered some sort of help, whether it was just a friendly face to point us in the right direction, a student willing to show us around some, or a librarian who could tell us the school’s entire history. I would almost venture to say that you could judge a school based on its library and library staff, because there’s a good chance you’ll be spending a lot of time there. So even if you’ve got everything else figured out, swing by just to give it a look.

Making the Most Out of Your Campus Tour

Dog enthusiast, sushi connoisseur, and newly-made world traveler, Adrianna Young is a rising senior from Alabama. She attends a boarding school where she plays softball and soccer and participates in the fine arts program. With hopes of turning a pastime into a career, she plans to study writing, journalism, or environmental science in college.