College Students: Knowing a Foreign Language Can Help Your Career 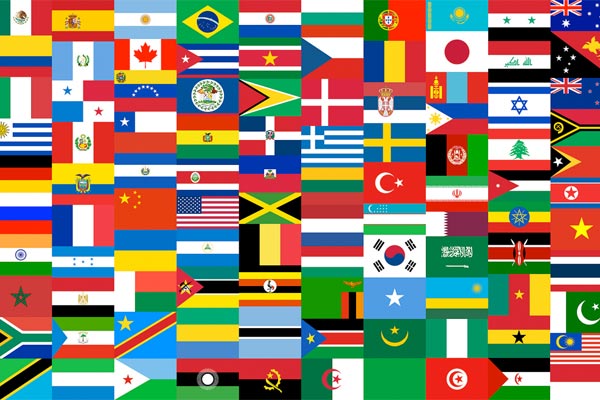 After a dismal few years, college grads are finally starting to see more job openings available across the country. According to The Washington Post, 2016 saw an overall hiring boom. Which is great news…except for the fact that wages aren’t exactly keeping up. To a bright and eager college graduate with thousands of dollars of student loan debt, a lackluster salary is less enticing. So how do show that you’re worthy of an awesome career and an awesome salary to go with it?

This is when having a foreign language on your résumé can come in handy. Why? Well, much like playing a musical instrument, volunteering abroad, or being a champion chess player, it’s a unique experience that makes you stand out. In fact, it might even indicate that you’re more prepared for a job. If you can show you have special skills or are fluent in a second (or third) language, you’re immediately more valuable than other applicants. And you’ll be just as valuable throughout your career.

Here are five reasons why knowing a foreign language can help your post-college career. So add it to your résumé and job applications! And if you don’t know a second language already, now is a great time to learn, whether by taking classes through your college or learning on your own. (At the very least you should dig up some old school Muzzy tapes...)

You’re not guaranteed to earn higher wages by being bilingual; a lot of that depends on the career path you choose. However, according to The Economist, college graduates who speak a second language can expect to earn up to $128,000 more in their lifetimes than their peers who speak only one language. Depending on the rarity and demand of the language you speak, that figure may rise or fall.

Understanding a second language is one thing—being able to give presentations and send e-mails in it is another. If you can speak, write, and read a foreign language fluently, it shows initiative. This is particularly true if you elected to study the language, whether in college/high school or on your own time. But it also applies to individuals who grew up in a bilingual household.

Sean Hopwood, President of Day Translations, is a language lover and polyglot. He only hires people who are bilingual or multilingual to work in his firm, no matter what the role. “Learning a language, especially when you haven’t grown up in a bilingual house or live in a culture dominated by English, shows tremendous initiative. I just know that employee is going to go one step above the other applicants.”

Speaking two or three languages may not give students two or three times the opportunities in their careers, but it certainly increases their options! Some jobs are completely language orientated, like translation and interpretation. But even among those that are not, knowing a foreign language can improve your chances of being hired by multinational organizations and in different countries.

So, if you’re a computer programmer and you’re fluent in German, you could be transferred to your tech company’s overseas office in Berlin. If you want to get into law or diplomacy, knowing Latin and French will boost your chances, because of the ubiquitous nature of those languages. Even if you want to stay in the United States, knowing Spanish will be incredibly helpful, with the Hispanic population set to triple in size over the coming years.

Employers are always seeking workers who can think faster and make difficult decisions. Emotional intelligence can help you make the right judgment calls, which is why it’s a critical skill that many companies and hiring managers look for. And guess what? Learning a language can help you develop it! It’s also been well documented that being bilingual is a sign of intelligence and is even good for your mental health. So, if you speak another language, your job application just went to the top of the pile.

You’ll have a unique icebreaker!

We’ve all been there. That awkward moment when you walk into the job interview, sweaty palms and dry throat. But imagine your interviewer scanning your résumé and then suddenly saying, “Oh, I see you speak French! I spent a semester studying abroad in Paris in college. The Champs-Élysées was my favorite!” Of course, the level of enthusiasm will vary with your interviewer. But even if you’re not talking to someone with a penchant for overseas travel, knowing a foreign language is a unique skill that can lead to unique conversations during your job interviews as a recent grad and throughout your career.

So, college students, consider trading that hour of Netflix for an hour spent learning a second language—maybe even third or fourth language. Apart from the fact that it’s just awesome to be able to speak in another tongue, adding a language to your résumé will give you an edge in your career. And when you’re just starting out, you need all the advantages you can get.

Tina Mulqueen is a public relations, social media, and influencer marketing brand strategist. She is the founder of Kindred PR, a contributor to Elite Daily, and the Producer & Co-Host of The Unicorn in the Room. She is interested in entrepreneurship, the future of digital marketing, and the crossroads of technology, media, and entertainment.