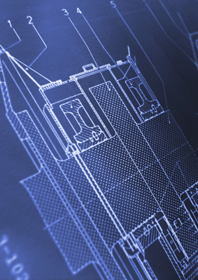 It's only a few sheets of paper. But when it comes to attending your dream college, they're the most important documents in the universe.

College and university admission officers typically may read thousands of applications each year. That means you have only a few minutes—maybe even seconds—to make the best possible impression. How can you do it? It helps to study the application and know what colleges look for in each part.

The first few items on the college application—name, address, citizenship, and so on—seem like no-brainers. But you’d be surprised how many applicants make mistakes. “There are often sections of an application that a student just omits,” says Susan Klopman, Vice President of Admissions and Financial Planning at Elon University in North Carolina. The personal data section may give you the option of stating your ethnicity, which you should do, especially if you’re a minority underrepresented at the school. You also may be asked if your parents attended the school, since many colleges give special consideration to children of alumni. And don’t forget your Social Security number, which schools often use to identify applications.

The next section asks for details about your high school. You’ll need to give your school’s ACT/CEEB number (a code used by computers when scoring SAT and ACT tests), which you can get from your guidance counselor.

In this section, you must also list your SAT or ACT scores, grade point average, and often your class rank. You might be tempted to sweeten your GPA a few tenths of a point or pad your test scores a bit. . . . Don’t. Colleges will eventually receive a transcript showing your actual grades and test scores. And you can bet colleges do not look kindly upon liars.

Most applications require a list of the extracurricular activities and organizations you’ve participated in during high school. This doesn’t mean you should list every club meeting you’ve ever attended. “It’s better to have several that you’ve contributed to than 16 that you haven’t done much in,” says Judi Robinovitz, a certified educational planner in Boca Raton, Florida.

Start by jotting down all your activities, including volunteer work, internships, part-time jobs, and other out-of-school interests. Then pare down your list to activities in which you’ve been most active. Include the amount of time you’ve spent on each activity, leadership positions you’ve held, and honors and accomplishments you’ve collected. Be specific. As yearbook advertising director, did you sell a record number of ads and increase profits? As band president, did you convince the school administration to budget money for new tubas? It’s important to distinguish yourself from other qualified applicants.

“Thousands of people are president of their class,” says Robinovitz. “You need to show what you’ve done to make your presidency special.”

Because the admission process is so competitive, the essay can make or break you. “Other things being equal, a really good essay could pull you into the class,” says Dodge Johnson, a college planner in Malvern, Pennsylvania.

But don’t let that intimidate you. Admission officers want to gauge your writing ability, but they also want to know your personality, interests, and goals. Do not write an essay that says what you think a college wants to hear. “When you write about something you think will impress the admission committee, the phoniness is obvious,” says Michael McKeon, Dean of Admissions at Seattle University in Washington.

A great essay doesn’t need to be stuffy, either. Dr. Douglas Christiansen, Dean of Admissions at Vanderbilt University in Nashville, Tennessee, once read an essay by a student who wanted to eat a hot dog at every major league ballpark in the country. “I’ve remembered it for years,” Christiansen says. “It talked about having goals that are just for fun, because hey—life is fun!”

Even if the school doesn’t require an essay, think about including a personal statement, particularly if it explains an extraordinary circumstance that has negatively affected your grades.

Make an appointment to speak to each teacher (you’ll likely need at least two), and suggest that they stress a facet of your background not yet covered in the application. Give the writers a résumé or copy of your application, and give them at least a month to write the recommendation letter. As a final touch, send a thank you note once the teacher has completed a letter.

Should you include recommendations from a coach, boss, or other non-teacher? Sure—as long as you’ve already secured the required number of academic recommendations. “Don’t give us seven or eight,” cautions Jim Bock, Dean of Admissions at Swarthmore College in Pennsylvania. “There is such a thing as overkill!”