How to Answer "Brainteaser" Interview Questions 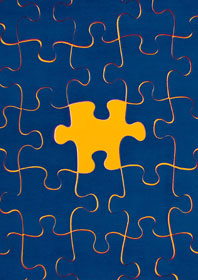 No matter how much you may prepare yourself for a job interview, you may never be completely ready when that interviewer asks you why manhole covers are round.

You've heard of those brainteaser questions that may come between you and a job someday. No matter how much you may prepare yourself for a job interview, you may never be completely ready when that interviewer asks you why manhole covers are round. Even that question has been asked so often by now, it's considered one of the easy ones. Microsoft is partly to blame.

Ever since the Seattle-based software giant made news a few years ago for asking applicants questions like "How many golf balls does it take to fill a 747?," more and more companies have been adding their own mindbenders to the interview mix—and it's not just at software behemoths like Microsoft, but also at consulting firms and investment banks like Goldman Sachs and Smith Barney. Don't feel prepared just because you've got a bulletproof résumé and have thoroughly researched the company you're interviewing for. Be ready for something unorthodox to pop up out of the blue.

It's not a matter of answering the question "correctly"—in many cases there is no correct answer. The company wants to know how you think.

They are interested in how and why you arrive at your answer. According to one contractor who was writing anonymously on a website devoted to Microsoft job interviews, the interviewer "wants to know what you're like, not what you think you should be like. While it might seem obvious that authenticity is vital, many people still get the misguided impression that there is a character type they must reflect."

Some of them do have actual answers. One example is,"Calculate the number of degrees between the hour and minute hands of an analog clock that reads 3:15." Hint: the answer is not zero. Others exist primarily to see how creatively and elegantly you can reason under pressure, for example, "How many gas stations are there in the United States?" While these may involve some math, it's fairly simple stuff. The key is to show how flexible your mind is when figuring these things out.

Take the manhole cover question, one of the easier brain teasers out there. Why are they round? Don't panic. Consider the question from different angles. You might answer that manhole covers are round because it makes them easier for one person to move them around by rolling them on one side. They might be round because if the manholes were, say, square—or for that matter, any shape other than a circle—they could easily drop through the hole. This is the orthodox "right" answer to the manhole question. Another popular answer to this is that the round covers don't need to be rotated to fit over the hole they're covering, as square ones would.

Or consider this: What's the size of the market for disposable diapers in China?

Start big and take this brain teaser one mathematical step at a time. Estimate how many people live in China and pick a percentage of that number that would represent Chinese people of child-bearing age. Divide that number in half to get the number of Chinese women of childbearing age. Assume a percentage of those women have children, a fraction of whom are under two years old. Recall that on average, Chinese families tend to have only one child. Plug in the numbers and do the math.

The number may not be the precise answer, but the logic you use to get it shows the interviewer that you know how to think. The trick is to use big, round numbers that are easy to add, subtract, multiply, and divide on the fly. By showing the interviewer that you can think on your feet, you'll begin to demonstrate that you'll be a solid problem-solver as an employee.