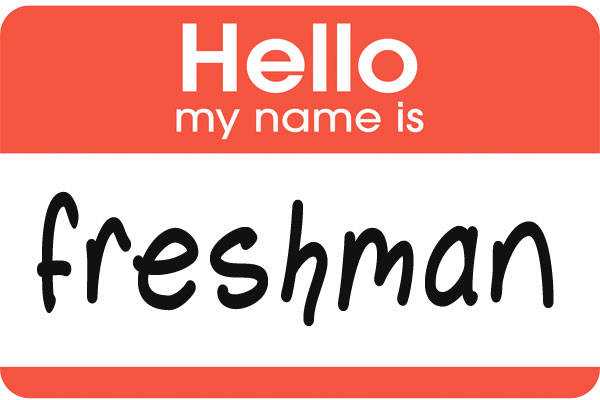 At most schools, the first few days or maybe even the whole first week is filled with presentations, team-building activities, BBQs, free t-shirts, and everything in between. If you want them to be, these first couple days can be a lot of fun and very informative. However, if you limit yourself and are afraid of putting yourself out there, freshman orientation may not be the best of times. Though the itinerary will vary from school to school, here is a list of the most important things to do—and not do—during freshman orientation.

Do: go to everything you can!

Moving to a new place and being surrounded by so many new people can be intimidating, so much so that you may just want to sit in your dorm room until classes start, but don’t! Everything planned for that orientation week/weekend is designed to help new students get acclimated to the school and meet new people. For the most part, everyone else there is just as nervous as you are and wants to find new friends just as much as you do. The first people you meet may not be your best friends for the next four years, but don’t let that stop you. At the very least, you’ll have someone to eat lunch with for the first couple days!

Do: get used to introducing yourself

More than likely, you have hung out with the same friends for most of high school, or even longer than that, so introducing yourself to perfect strangers may seem kind of scary. But nearly everyone else will feel the exact same way. Personally, I knew next to no one starting my freshman year, and by the end of the first weekend I found myself asking anyone I met the same easy set of questions: where they were from, what they were studying, what building they lived in, etc. Try it out!

Don’t: stretch yourself too thin

As much as you should try to meet new people and expand your horizons, don’t stress yourself out by trying to completely reinvent yourself. And if you think you’ll get homesick, call home when you need to, or go home if you can. My only caution when it comes to going home is to wait a couple of weeks into school so you (and your family) don’t get used to you being at home all the time. (Labor Day weekend is a good time if you start school mid-August.)

Don’t: feel tied to your old self

As much as you may want to, you don’t have to feel tied to the you of the past. For all intents and purposes, you can completely reinvent yourself in college if you want to—if that feels like the genuine thing to do. Chances are there are very few people from your hometown at your new school, and even if there are, most college campuses are big enough that you won’t be running into your old classmates during orientation and then between every class like you did in high school. Keep in mind, you don’t have to reinvent yourself, but if there is something that you want to change that you never felt like you could before, now is the time.

Don’t: feel tied to your old friends either

Don’t feel like you have to constantly text and call your friends from home at the expense of meeting new people and making new friends during orientation (and after). Even if you have acquaintances or friends from high school at your college, you don’t have to—and shouldn’t—cling to them at orientation. Granted, there will be people from high school you will still talk to and hang out with when you go home, but it probably won’t be every person you considered a friend in high school. If you ever changed schools and friend groups in the past, you’ll notice it will be quite similar in college: there will be people you will still talk to for years to come and others who you may not be close to after a couple months in a new place. And that’s okay! Chances are they’re moving on and meeting new people too; if you don’t feel abandoned by them, they probably feel the same way with you.

Though freshman orientation can seem a little stressful and intimidating, keeping this advice in mind as you meet new people and adjust to your new school can help you maintain friendships both new and old, and really get to know the place and people that you are going to spend the next four years of your life with.