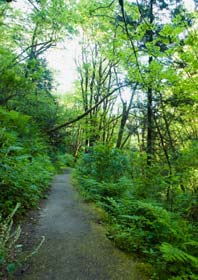 In The Wilderness With Catholic Campus Retreats

Once or twice a year, students at Catholic institutions across the nation set aside their studies and activities for a quiet weekend getaway. They gather in small groups for discussions, reflection, and prayer. They listen to speakers, share meals, and forge friendships that last a lifetime.

by Ken Rodriguez
Campaign Communications Manager, Our Lady of the Lake University

The most famous religious retreat in history took place in a Middle Eastern desert and lasted 40 days. It began with prayer, included fasting, involved a spiritual battle, and launched a 30-year-old man into a public ministry that changed the world.

New Testament writers do not use the word “retreat” to describe the wilderness experience of Jesus. But we could, and here’s why: Jesus abandoned his day job as a carpenter, left his family and friends, and retreated to a quiet place, a son alone with his heavenly Father.

Jesus set the example for what has become an important component of the Catholic university experience: the campus retreat. Once or twice a year, students at Catholic institutions across the nation set aside their studies and activities for a quiet weekend getaway. They gather in small groups for discussions, reflection, and prayer. They listen to speakers, share meals, and forge friendships that last a lifetime.

Students return to campus refreshed and energized. Some change their majors and decide to pursue ministry. The experience can be transformative. Jesus went on multiple retreats and encouraged his disciples to do the same.

The college experience can be overwhelming. Students, especially freshmen, must become time management experts. There are books to study, projects to complete, exams to take, and, quite often, jobs to attend. There are parties and extracurricular activities, a whirlwind of distractions and temptations. Relationships collapse, money disappears, loans pile up, nerves begin to fray, and before many students realize it, faith is forgotten. It’s easy to understand why.

In 2009, an Associated Press/MTV poll of 2,240 students at 40 colleges found 42% felt “depressed” or “hopeless” in the two weeks prior to the survey. A considerably larger number—85%—reported feeling “stressed” in previous months.

A third study by UCLA researchers in 2010 found slightly more than half of first-year college students rated their emotional health above average, the lowest percentage since the annual survey began 25 years earlier. The lead author of the report, John H. Pryor, told The Los Angeles Times: “What it means is that going into college, students are already feeling more stress and feeling more overwhelmed and have lower emotional reserves to deal with that stress.”

Catholic retreats provide a respite, and often rejuvenation, from the pressure-packed schedules of university life. More than mere escapes from busyness and chaos, they are fueling stations for perspective, energy, and enlightenment. Retreats provide a tranquil venue for many to rediscover faith and find purpose.

“One responsibility of the Catholic university is to create opportunities for students to engage their faith life or lack thereof,” says Gloria Urrabazo, Vice President of Mission and Ministry at Our Lady of the Lake University in San Antonio, Texas. “Studies show that young adults between 18–35 are like patrons in a line at a cafeteria, exploring what they were taught as children, what they lived, what they know of religion.

“They are going to try to decide what they are going to keep, what they are going to let go of, and it’s up to us to provide for them a venue to explore the faith life. One component that seems to work has been in going away to a retreat site and providing a safe place where they can talk about relationships, personal challenges, and other issues. This seems to have worked in my 30-some odd years of experience.”

Many Catholic university retreats are led by students. Juniors and seniors, for example, often meet once or twice a week to plan every detail, from the date and site to the activities and meals. During retreat, students lead group discussions on topics of particular interest to those in attendance, especially freshmen. Younger students often trust and relate better to older peers and feel more comfortable sharing their own struggles in this kind of setting.

At the same time, adult campus ministers often share their personal lives with the group, making themselves vulnerable and more approachable. “Then from that day forward, those people who heard you reveal something always feel a connection when they see you,” Urrabazo says. “You’re more than just Gloria the vice president of whatever. You’re Gloria with a story and a history and a faith journey just like theirs.”

Enjoli Page attended her first retreat in the fall of 2004. A native of New Orleans, Enjoli (sounds like Angelie) grew up in a family with different religious traditions. Her father is Catholic, her mother, Baptist. She attended Catholic school and then a Catholic university. Like many first-year students, Enjoli felt a bit lost and was looking for a place where she could connect and make new friends.

She went on an Awakening Retreat as a freshman, not knowing a single student at the site. Enjoli felt socially awkward and spiritually isolated, a Baptist at a Catholic retreat. The first evening did not begin well. “I was resistant to what the people were saying,” she says, “and withdrawn.”

Other students gently pulled her in and embraced her. They shared personal challenges, and Enjoli began to open up. By the end of the retreat, Enjoli formed connections she never imagined possible. “Despite where you were from, what you had done, or what you were in the middle of, the people genuinely loved you because you were one of God’s children,” she says. “Once I went on the retreat, I became a part of a family. And I didn’t have any family or friends when I got to college. That was something major for me. People said they believed in me and I left believing in them.”

Today, Enjoli is a 25-year-old graduate student who serves as an advisor on Awakening Retreats at Our Lady of the Lake University. Enjoli immersed herself in campus ministry and began to view every meeting with a new student as an opportunity to touch somebody in a positive way.

“The biggest thing I learned from retreat is to share the love of Christ with other people no matter who they are, no matter where they are, no matter what they have done,” she says. “When I became a part of the Awakening Retreat, I realized it was not just a Catholic retreat. It was a spiritual retreat for any student. They might not even be a Christian. But it is an opportunity to find out who they are in God and to awaken their spiritual life that may be dead or might not have even started. The retreat changed my life,” she says.

Across the country, thousands of students benefit from Catholic university retreats. Some may experience an epiphany or discover a religious calling, but almost everyone leaves invigorated and strengthened, bonded to a community of peers many liken unto “family.”

Students who once felt isolated, alone with challenges and personal issues, suddenly feel connected. And that may be the greatest blessing of all.

A three-day retreat can be transformative. Consider Saul of Tarsus. He spent the early part of his life persecuting Christians. On his way to Damascus, Saul saw a vision of Jesus and was blinded. Saul was ordered to go into the city and he did. For three days, he fasted while waiting for direction from a believer named Ananias. At the end of his retreat, Saul was baptized, regained his sight, and under a new name—Paul—began a ministry that impacts people to this day.

History is replete with examples of men and women whose lives were transformed during retreats, and as a result, became a blessing to many others. Who knows how many great leaders—and how you—may emerge from Catholic university retreat?

As a high schooler, I know how hard it is to plan for college. You have to consider a lot of factors: SAT/ACT scores, college searches, scholarships, and more. CollegeXpress has been a helpful resource that solves all these problems. One can easily create a free account and search away. They help you search for scholarships and colleges, they have graduate program search, they have lists and rankings, and so much more. CX also has a lot of articles and advice to read—whether it’s financial aid, test prep, campus visits, internships/careers, or anything. Not only that, CX gives out free scholarship money to students who sign up and create a free CX account. I love CX and will continue to use it! Thank you CollegeXpress for making my college journey easier!

Throughout my search for colleges I was afraid and timid, but I finally found the college that was fit for me, and luckily, I got accepted. One of the most influential things that’s helped me a lot was the articles and advice on CollegeXpress. It’s helped me a lot and benefited me as a senior to make the right choices in life. Thank you!