My College Search: Why I Want to Attend a Small Liberal Arts College 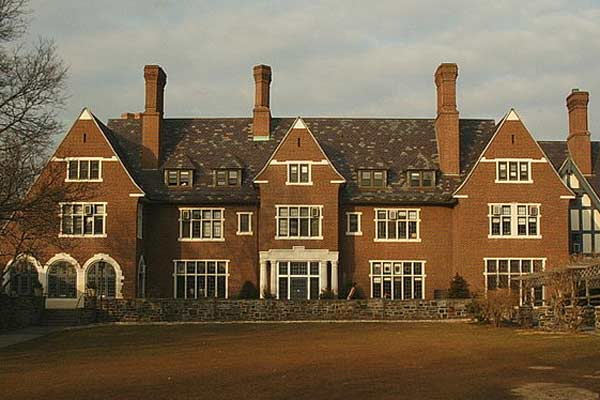 One student on her college search explains why she is leaning toward small liberal arts colleges over large research universities.

Recently, I had the privilege of traveling to the Northeast to tour a few schools in Philadelphia and New York. Among the schools I toured were Villanova University, Drexel University, University of Pennsylvania, New York University, and Sarah Lawrence College.

Sarah Lawrence, the only liberal arts school on the list, is charming and beautiful with many notable qualities that are common amongst smaller institutions of higher education. I’ve seen bigger schools and I’ve seen smaller schools, and, in my very humble opinion, there is definitely more appeal in the smaller colleges and universities than their larger, more ostentatious counterparts.

As one might assume, the student-faculty ratio at these small schools are incredibly tiny, with some as low as 8:1. When looking at a college, it is important to consider whether most of your time in the classroom will be spent in a lecture hall or in a classroom, sitting around a table with your professor and several other students. In this setting, it is pretty impossible to hide in the back of the room, and students are encouraged to speak up. At a liberal arts college, you are learning from your fellow students just as much as you are learning from your professor.

In addition, at a private liberal arts college, you get to know your professor better. At Sarah Lawrence, staff and students are on a first-name basis. Your professor will become someone you know well and can trust, which is harder to find at a university or college whose classes contain over 100 students.

Liberal arts colleges also tend to focus on a well-rounded education, whereas larger universities are very set in their ways, requiring you to complete all of your core classes before classes that will benefit you in your career. This was one of the most important things for me when I toured schools. The liberal arts curriculum is very different than most other colleges. For example, I am not mathematically gifted in any way, and I want to be a writer in the future. At any major university, I would need to complete two years’ worth of core curriculum classes before I really started cracking down on the English and writing classes. At many liberal arts schools, they won’t make you take math just for the sake of taking math. From day one, you can focus on classes that will benefit your major or future career. This is a game-changer that not enough students know about.

But liberal arts colleges encourage their students to branch out as well. Some colleges, like New College of Florida in Sarasota, don’t penalize students for attempting a class they wouldn’t traditionally take. To continue with the math example, if I were a student at New College of Florida taking the English and writing classes I needed to help me become a writer and decided that next semester, I wanted to try my hand at calculus (not that I ever would want to do that—math is terrifying!), I could take that calc class without being penalized, even if I failed.

Many liberal arts schools have different ways of grading their students as well. New College of Florida threw out their grading system—that’s part of the reason you can take classes there without being penalized—in favor of professor-written reports of their students at the end of the semester. These reports highlight what the student did well in as well as what the student should work on, because there is always room for improvement. Sarah Lawrence has not thrown out the traditional letter grading system but also offers these reports, weighing both the letter grade and the teacher report equally.

Liberal arts schools are amazing institutions that few people really know about. There is a preconceived notion about these colleges that they are inferior or simply don’t grade their students, which is wildly inaccurate. Liberal arts education is on the rise and may someday replace the curriculum that is considered the societal norm of today.

So, what is your preference: Small colleges? Big universities? Both? Tell us about the types of schools you’re searching for in the comments! And be sure to check out our College Search tool and The Ultimate Guide to the College Search if you need any help.

Why I Chose the More Expensive College

What Is Test-Blind College Admission?

Hello! My name is Shelby, and I am the features editor of my school newspaper. I love reading and writing (duh) and in my spare time, I coach a cheerleading team. Hopefully one day I will be traveling the world, writing about the amazing things I'll have the privilege of experiencing.