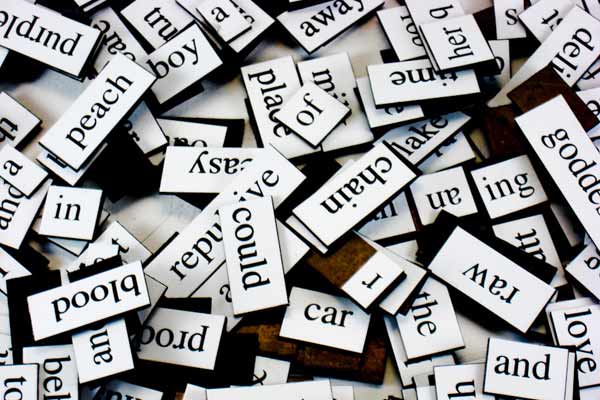 Trying to study for Advanced Placement (AP) tests can be tedious…but if you’ve prepared and need a small refresher, or if you’re in search of a quick poetry history mixed with some review for the English tests—both Literature and Language—here you go. Let’s begin.

The AP Literature test includes multiple choice and three types of essays to write. The multiple-choice section can focus on poetry or prose selections, and of the essay types, one will certainly include a poem. The grading scale for the essays ranges from a 0 to a 9.

According to long-time teacher of AP English Karri Landeis, the best way to score highly on the essays, particularly the prompt that asks you to analyze poetry, is to maintain focus.

“Always read with a pen in hand,” Landeis says, adding that mere underlining often isn’t enough to constitute the beginnings of an essay. If the poem happens to be lengthy or difficult in content, chances are you won’t have enough time to read it multiple times for meaning or go back to a stanza and wonder what the author’s intent may have been.

Instead of simply underlining, Landeis recommends adding small notes, such as where you noticed a poetry device or how the device contributes to the meaning or perspective the prompt asks about.

“It’s best to explicitly state the device,” says Landeis. While she acknowledges top essays can be written without doing so, AP readers prefer not to have to dig for your intended meaning when you write.

As far as structure goes for the essay itself, a common form includes organizing the paragraphs by each poetic device. However, Landeis recommends that essays rich in complexity are born from chronological order—that is, analyzing the devices in the order they appear and building on previous paragraphs with more insight as the poem continues.

In the essay’s conclusion, after a restatement of the thesis, Landeis maintains that the greater implications of the theme/perspective from the prompt should be addressed.

“Find the one sentence that says it all, and end with that,” Landeis says, adding that doing so ties all the ends up nicely. ¨Write your last sentence like it’s the score you want to receive, because it’s the last thing [AP] readers will see.”

High school poet Zuyi Zhao has already taken both AP English courses. She’s prepared in the past for her exams by both reading and writing in quantity—practice that has paid off in her eyes.

¨Analysis comes a lot more easily if you have experience on both sides of the process,” she says, although she adds that it’s important to keep an open mind about poetry as well. ¨You can’t analyze poetry without enjoying it,” she says.

Both of the AP tests often include vocabulary in the multiple-choice section, and it’s always important to know a variety of literary devices so you can explain them within any of the three essays, Landeis says.

Some common terms she uses to prepare her students include:

Common poetic devices are relevant to both of the AP English tests, and Landeis reminds students that each device must be identified, stated, and linked to the perspective the prompt asks you to consider.

Knowing these terms should help with the either AP English test, and remembering to include them in your essay will help you earn a higher score. They can also assist you when writing your own poetry—after all, if you understand the devices and why an author uses them, you’re one step closer to doing so yourself.

To Zhao, who has been writing extensively for about three years—primarily poetry—she enjoys unrhymed free verse but sometimes likes to experiment with different structures.

“I don’t write nearly as often as I would like to, but I am able to write at least for an hour or so a week,” she says, and she would recommend that others do at least some reading and writing as well, especially to help with the AP tests.

To go about writing a poem is a rather obscure process, even to the poet, Zhao says.

“Sometimes the [ideas] just come to me,” she says. “Other times, though, the ideas sort of stem from brief phrases or lines that I think of first, kind of like working backwards from a poem’s title to the poem’s content.”

She recommends drawing from character archetypes for inspiration if you’re interested in writing but stuck. Common history also provides ideas: poems that incorporate famous historical figures like Helen of Troy, Cleopatra, or other historical events have provided inspiration for many poets in the past and present.

Once your poem has been written, it’s time for what Zhao calls her favorite part: revision.

“Even though as I’m revising, I think I hate the experience, I enjoy the process of finding a clearer and more eloquent way of conveying a sentiment within a poem,” she says.

It’s an important sentiment to remember for taking either AP English exam as well: keeping an open mind and ensuring the organization in your essay remains clear and precise makes for a high-achieving score.

You can find an example of a full exam with which to practice here. And good luck!