Cooperative Education Programs: An Inside Look 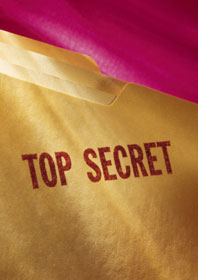 Cooperative education programs may be the key to your college success and beyond. Here, students and faculty share some of the real-life ups and downs of co-op.

They're working full time at major corporations, researching side by side with industry leaders, earning up to $25 an hour, and they're still technically college students. These are some of the advantages of cooperative education, but it comes with challenges, too.

Co-op attracts two types of students, says Robert Heard, a faculty advisor in the cooperative education program at Carnegie Mellon University in Pittsburgh, Pennsylvania. The first is already excited to work in their chosen field; they look forward to graduating and putting their degree to use.

The second is using co-op to try out an occupation and see if it fits. They have co-op to supplement their course work, to find out what’s expected of them in the workplace, and to quell their fears before going out into the real world.

“I try to convince the students to take a very proactive, professional attitude—to convince the company they really are an asset,” Heard says. “They’re not just another employee to pull samples.” If students can do that, they will leave their co-ops with more experience and confidence.

Though advisors like Heard will guide students to jobs that suit them, once they are in a co-op position, they are basically on their own. “I tell the students that they are really in the industry,” he says. “They’re already committed.”

Companies involved in cooperative education treat students well, Heard says. They are usually put in a supportive team, and sometimes employers even help with living expenses. He also estimates that 20%–25% of his students are offered permanent jobs as a result of their co-op.

But before they apply to jobs or accept offers, Heard recommends students research employers to find a job that truly interests them. “They’re planning the internships to get information about the industry,” so find the company that fits, he says.

Danielle Ouellette, a 2009 graduate of Northeastern University in Boston, Massachusetts, worked for six months as a marketing co-op at MFS Investment Management in Boston. Before that, she held a co-op position at the investment firm T. Rowe Price in Baltimore, Maryland. Her degree, however, is in journalism.

Many students jump around, trying different companies or even different industries to get a feel for what matches their interests and goals. Ouellette’s journalism background lent itself to the promotional materials she wrote as a co-op, but she actually tried early childcare before settling into marketing and corporate communications.

Co-op positions are a hybrid of sorts; they’re like a step up from the intern position, but just below a salaried employee. Even though co-op positions come with responsibilities you may not find at an internship, students are still not completely on their own. “You constantly have to update other people on your status. You need to get approval,” Ouellette says. “There’s a lot more checking in.”

Ouellette’s average day at MFS often included several hour-long meetings, where she took notes. One of her primary responsibilities was making sure that the information was complete and accessible to everyone, including her bosses. So note taking, which might have seemed like a menial task, was actually rather important. Plus, it allowed her to be a fly on the wall. “I got to sit in on meetings that I wouldn’t have been able to attend,” she says. From note taking to writing for national marketing campaigns, Ouellette’s co-op experience provided a wide range of experiences.

“Remember that even though you feel something is stupid or not worth your time that you just kind of have to do it,” Ouellette says. “The world is so small that even if you don’t see the value in it, you may never realize that it could come back to help you or haunt you.”

A doctor in the making

Anthony Schwartz is a 22-year-old biomedical engineering major and a fourth-year senior at the Georgia Institute of Technology. Unlike Ouellette, he spent each semester of co-op at the same place, C.R. Bard, Inc., a company that produces medical products and devices. Schwartz worked in the urological division as a lab technician developing manufacturing processes, testing prototypes for weaknesses, and writing reports, among other things.

“Each semester, I had a bit more responsibility,” Schwartz says, and after four whole semesters there (about 16 months), he had ample time to become comfortable with the lab’s devices.

Schwartz’s day-to-day work changed drastically, depending on the projects he was involved in. He spent time in cadaver labs testing products with renowned urologists, watching them as they performed surgeries. He would then take their input and use their suggested changes to improve the devices. Schwartz also wrote the lab’s pre-clinical data statements, which were published. “I’ve had such an amazing experience there,” he says.

“It was challenging balancing many different jobs at once,” Schwartz says. Working in a competitive industry with a very short product development timeline, he needed to learn how to prioritize. “That’s difficult sometimes, especially if there’s a lack of communication.” When another project was dropped in his lap, Schwartz would have to change his focus quickly.

Schwartz, who wants to become a medical doctor, says he wishes he had spent more time forging relationships with other doctors when he had the chance. And with co-op, students really do have a great opportunity to learn from professionals.

His advice to first-time co-ops? “Learn anything, anywhere, at anytime possible.”

If you thought you'd spend each day making copies and getting coffee, think again.

1:00-2:00 p.m. — Safety meeting with team; brief one-on-one meeting with supervisor to touch base on various projects