Why Your College Application Essay Matters 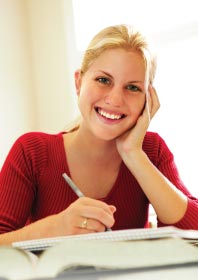 Get a group of veteran admission officers together to discuss the college application essay and the conversation will likely turn . . . sour. They’ll share their dismay at the many overly managed, predictable, and uninspiring essays they encounter, providing countless examples that made them wonder how much of the essay represented the applicant versus how much is an unseen editor (a parent, teacher, counselor, coach, or friend). Worse yet? Those essays that reflected the applicant’s sense of what is most likely to help them “get in.”

Though it has the potential to subtly impart character, personality, values, humor, and so much more, the college admission essay far too often becomes a bland, imitative life story/list of accomplishments that has been nipped, tucked, stretched, and smoothed to the point that the intrinsic character and distinctiveness of the applicant is lost.

It doesn’t have to be this way. The personal statement can and should be one of the most interesting, fulfilling, and productive—even easy—parts of the college admission process for both applicants and admission officers. For this to happen, applicants need to accept the relatively limited impact the personal statement has on actual admission decisions and allow themselves to take full advantage of the more important role it can play in their education.

In my 36-year career, I’ve read tens of thousands of application essays. Those that stood out did not do so on account of grammatical or syntactical perfection. (Few admission officers, myself included, are grammarians, linguists, or literary critics.) They didn’t provide lengthy lists of varied accomplishments threaded through the narrative. (Nearly all applicants have such a list.) Nor did they recite heroic humanitarian acts and the related lessons learned. (Since many students write about service projects, the humanitarian and epiphany bar is very high.)

Rather, memorable, impactful essays spoke to an applicant’s identity and personal values in thoughtful and revelatory ways. They were bold, creative, quirky, and intellectual.

As students begin their foray into the world of collegiate academics, it’s understandable that they may have some reservations about writing an adventuresome personal statement—but they need not. There is surprisingly little at risk. Research on the college admission process, surveys of college admission officers, and conversations with colleagues at institutions at every level of selectivity provide conclusive evidence that the essay plays, at best, a modest and rarely decisive part in the admission decision process. In my experience, it is the daring essay that gains an applicant additional consideration and, on rare occasions, admission.

The personal statement is likely the only place in the review process that an admission officer has the opportunity to encounter the applicant’s original and authentic voice. Beyond courses, grades, standardized tests, social and demographic descriptors, heartfelt recommendations, and activity lists, an admission officer hopes to gain a sense of the applicant’s personality to answer the questions, “Who is this person?” “What matters to him?” “What does she think and care about?” The essay is an applicant’s chance to step into the spotlight for a few moments and transform a collection of statistics and activities into a vital presence.

Most importantly, crafting a personal statement should be the experience that guarantees the college admission process is about more than the game or competition of “getting in.” At its best, applying to college is a seminal process in a person’s life during which he reflects, takes stock, and asks fundamental questions about who he is, and, more importantly, who he wants to become. It should be a time to consider what kind of education he hopes to achieve. And by education, I’m not referring to a choice of major or area of emphasis, but to the overarching educational purposes identified in colleges’ mission statements and popularly referred to as liberal learning or liberal arts education. The question a college applicant should be asking herself as she develops her personal statement isn’t “What do I want to major in?” or “What is the ‘best’ school I can get into?” Instead, she should be asking, “Who is the person I want to be, and what kind of education will help me get there?”

More than anything else in the admission process, writing the personal statement is a task that invites introspection, reflection, self-examination, and creative energy. Watching my own children at times flounder and feel stymied by the enormity of addressing the metaphysical questions the personal statement suggests, I was reminded of how challenging an exercise it is. At 17 or 70, facing these profound questions is daunting but ultimately very fruitful—if the questions are genuinely engaged with and not replaced by a formulaic approach.

So, yes, plan ahead, follow good writing practices, proofread, and use spell-check. Show your draft to friends, parents, teachers, and counselors, but make sure their editorial suggestions don’t strip away your distinctive voice. And for goodness’ sake, don’t extol the virtues of an institution other than the one to which you are applying (you’d be surprised how often this happens!). Most importantly, don’t be afraid of thinking too much. College is primarily an intellectual experience that requires writing about ideas, even big hairy ideas and eternally unanswerable questions.

I’ll leave you with one last story: in my first year as an admission officer, I opened an application file and found something startling. In those now seemingly prehistoric times, a college application was printed on paper and often included a blank page for typing or even writing a personal statement by hand. In response to my institution’s standard, if uninspiring, essay prompt (“Why do you wish to attend this college?”), the applicant had written the following: “I want to learn.” Today, almost four decades and tens of thousands of personal statements later, I still believe this essay is the best I’ve ever read. Courageous, succinct, articulate, nervy, unusual, and thoughtful, it boiled the response down to four meaningful and revealing words. Those four words powerfully described a set of personal values and ambitions.

And, yes, that applicant was admitted.