In Defense of a Liberal Arts Education 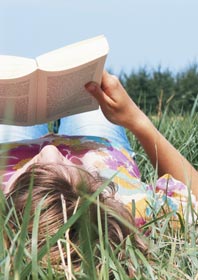 “So, what was your major?”
“I was English, with a minor in history, just to make sure I was fully unemployable.”
— From the 2012 movie Liberal Arts

The American Academy of Arts & Sciences’ Commission on the Humanities & Social Sciences recently issued a report, “The Heart of the Matter,” in response to flagging humanities enrollments at American colleges and universities. The commission counts among its members such notable figures as musician Emmylou Harris, actor John Lithgow, Hollywood heavy hitter George Lucas, and a bevy of professors and university presidents, all making a case for the merits and value of an education in the humanities. According to The New York Times, the report, which will be distributed to every member of Congress, “is intended as a rallying cry against the entrenched idea that the humanities and social sciences are luxuries that employment-minded students can ill afford.”

As a former English major, I fully support the commission’s goal of overturning the oft-held notion that liberal arts degrees are a waste of time and money. And my argument isn’t simply that any education is better than no education at all. And it’s not just that I believe a liberal arts degree can give students the practical knowledge they’ll need to compete in the job market. More than all of that, it’s that life is short—far too short to spend it doing something unfulfilling and entirely unrelated to one’s interests and passions.

Confessions of a former English major

I always knew I was going to major in English. I’ve wanted to be a writer since I was in kindergarten. I used to come home from school and write “books” with the paper, crayons, and stapler my grandpa kept in a drawer he’d reserved in his desk exclusively for my fledgling literary purposes, and I used to stay up long past my bedtime reading under my blanket with a flashlight. Words have always been the only thing I’ve been interested in and the only thing I’ve ever considered myself to be any good at. I briefly considered switching majors to nursing but I was much too challenged in math and science. And attending a few meetings of the undergraduate pre-law society merely confirmed that I lack both the aggressive personality and tolerance for pantsuits that the life of an attorney would demand—not to mention the fact that the Socratic Method is the bane of the existence of introverts like myself. So I stuck with English and crossed my fingers that I’d be able to translate my studies into a career.

Throughout college, I enjoyed all of my major course work and felt privileged to be able to spend my days in the company of the world’s greatest authors (with the exception of a certain Mr. Shakespeare, with whom I’ve long had a contentious relationship). But I didn’t give much thought to what I wanted to do with my degree. The majority of my fellow English majors planned on teaching, but I knew that wasn’t for me. I wanted to write, in some capacity, and since searching Monster.com for “novelist” positions generally yields disappointing results, I did what many liberal arts majors are wont to do and applied for grad school.

Two years later, with a master’s degree in journalism under my belt, I had a better idea of what I wanted to do with my life and started applying at every publishing house I could. And I’m happy to report that it all worked out: Here I am today, an editor for an educational publisher and a blogger for the ever-fabulous CollegeXpress.com. I also moonlight as a freelance copywriter. You know those descriptive blurbs on the back of books? Yeah, I write those.

So I picked a major I liked and not only am I not living in a box, but I’m actually doing something related to my degrees, something that I couldn’t be doing without my liberal arts education. Am I a millionaire? No, but it does seem that I’ve managed to escape the doom and gloom and unmitigated failure we’ve been warned will befall all liberal arts majors.

Every silver lining has a cloud

Of course, I won’t deny that there are a few downsides to a liberal arts education. Things haven’t always been easy for me. It took me a while to find the perfect job, and I’ve had my fair share of tears, frustration, and maybe even a little buyer’s remorse over my chosen degree. The job market for liberal arts majors can be intensely competitive, and once you do get hired, the starting pay might be disappointing at best. And evidently, we’re a dying breed, which in my experience has made for some challenging social situations. According to the New York Times piece on “The Heart of the Matter,” just 7.6% of bachelor’s degrees awarded in 2010 were in the humanities, which means we few brave souls who’ve studied history, literature, languages, and other subjects known to enrich one’s mind but not one’s bank account are in a dwindling minority.

I married a lawyer, which means two things: one, it’s hard to win an argument at my house, and two, I have an inordinate number of lawyers in my social circle. And while I’ve happily listened to endless spiels about high-stakes litigation and patent prosecution, I’m rarely asked about my own job, and I suspect it’s because I work with words, tiny little insignificant things when compared to contracts and lawsuits. But I try not to let it bother me. I studied what I wanted to in school and I consider myself lucky to work in an industry that interests me. And I don’t have to deal with things like demanding clients, billable hours, or the burden of massive law school debt. Just be aware that if you are considering studying something like music, philosophy, or linguistics, you might occasionally fade into the background at dinner parties from time to time. Tales from the courtroom or the ER generally trump The Canterbury Tales in terms of social fascination.

Then there are other times when my profession seems to take the cake. Just a few weeks ago, I was spending some time with yet another circle of attorneys, and someone posed this question to the group: “What would you do for a living if money didn’t matter?” Among the responses were things like clothing boutique owner, dog walker, and ski instructor. When it was my turn to answer, I said, “I’d be a writer.” And my friend who had posed the question said, “Oh, you’re the only one here already doing what you want to do.” Of course, when I said “writer,” the image in my head was that of being holed up in a New England cabin with an antique typewriter, my bookshelves lined with my growing canon of bestsellers and my inbox bursting with e-mails from professors clamoring to teach my works. But then it occurred to me that, while I may not be living out some sensational literary fantasy, it is true that I’m fortunate enough to be able to do something that I want to do, and get paid to do it.

If you’re considering but are on the fence about pursuing a liberal arts degree, I understand your hesitation. The job market can be scary, and there’s a reason why the idiom is “starving artist” and not “starving neurosurgeon.” But I also believe that everyone should find a way to chase their passions to the ends of the earth, and a liberal arts degree may set you on the right course toward that end–whether you use it to get your foot in the door at a small art gallery, or to teach history to fourth graders, or as a stepping stone on the way to an advanced degree, or merely because, like me, you just want to study what you’re interested in and you’re determined to make a living with it.

And to the naysayers, I leave you with the words of John F. Kennedy, himself a liberal arts major while at Harvard: “If art is to nourish the roots of our culture, society must set the artist free to follow his vision wherever it takes him.”