What Can You Do With a Political Science Degree? 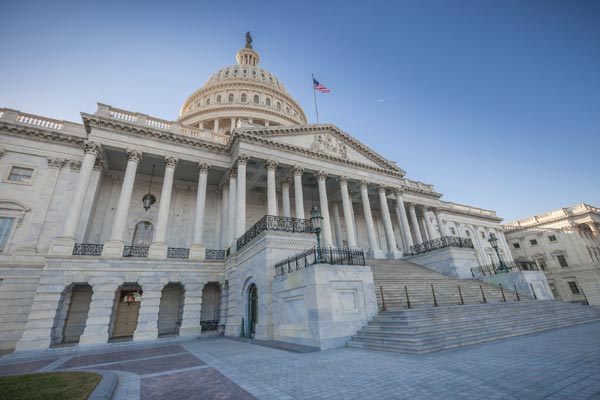 Maybe you're thinking of getting a degree in political science. But doesn't that mean you have to go to law school or run for office someday? Absolutely not.

Dr. Andrew Rehfeld, who teaches political science at Washington University in St. Louis, says his students have gone into a wide range of jobs. Some work with nonprofit organizations, some work in journalism, and some get jobs where they analyze data, to name a few.

“I have a lot of students go into law, but more go into community organizations,” Rehfeld says. “They’re usually politically related, but they’re not politicians.” He says many students declare a major in political science because they like discussing current events. They’re surprised that in class, they’re more likely to talk about subjects like mathematical models predicting court decisions.

“Political scientists are trained to think on their feet,” says Dr. Kimberly Mealy of the American Political Science Association. “They also know and understand the workings of political institutions.” Studying Congress and the Supreme Court means learning how to write, argue, and analyze.

These political science majors talked about their jobs and how the skills they learned in class help them every day.

“I ended up in political science because I had professors who really cared about me, and who I still communicate with to this day,” Moss says. Her education gave a foundation for observing current events and politics locally, nationally, and around the world. That’s important in her job—especially keeping up with what’s happening in Israel and the Jewish community.

Moss coordinates tours and special programs at the National Museum of American Jewish History. Now she’s training 60 volunteer docents who will guide visitors to the museum’s new building when it opens in November.

Karsch runs a hedge fund with about 200 clients, including pension plans and endowments for hospitals and colleges. His firm makes clients’ savings grow, mostly in the stock market.

Not everyone who wants to work in business has to go to business school, Karsch says. But if you want to work in that field and study something else, he says it’s important to have a reason for picking a different major, set a goal, and work to achieve it.

Karsch uses skills he learned in political science, like critical thinking, since he needs to do research before picking stocks. “I always talk about term papers at work,” he says. “A great paper has a hypothesis and it proves, through research, that hypothesis.”

Hall’s primary major was history, and she’s always loved the arts. At Notre Dame she sang in the choir, worked on plays, and played trombone in the marching band. Now she asks companies for donations to the Chicago Symphony Orchestra. For example, she might ask a law firm to sponsor a concert or series of concerts in return for tickets. Her job requires a lot of skills she learned in political science classes, like research, thinking short term and long term, writing, and persuasion. “Political science majors end up learning to argue very well,” Hall says. “In fundraising, I’m constantly making my case.”

Bunkelman says going to a liberal arts college helped him prepare for many jobs, including his current job selling TV advertisements. After graduation he worked for the Schneider National trucking company in several departments, including sales. He enjoys sales because he likes meeting people.

“You get to get out and talk and meet with people every day,” Bunkelman says. Understanding politics helps him relate to people when he first meets them by discussing current events. That goes a long way. “You always have to have a conversation starter,” Bunkelman says. “No one likes to talk to a salesperson.”

Director of the Writing Center and Academic Success at the University of Nebraska—Kearney, Kearney, Nebraska

Granrud picked her majors because her extracurricular activities in high school and college included speech and debate. Later she developed an interest in learning and teaching writing. At UNK she runs the writing center and offices that provide student services like tutoring.

She says political science taught her to form arguments, think critically, and write. Political science also taught her how to consider multiple viewpoints on one issue, which has been helpful in the college classes she’s taught. And learning about international politics helps her relate to students from other countries.

“I developed a sensitivity and an appreciation for different cultures and different political systems and how that affects language,” Granrud says.

DiMassimo went to his college’s career development office for pointers on what kind of job to pursue. He was given two suggestions: campaigning and advertising. So he talked to people in both fields. “The advertising people just seemed happier,” DiMassimo says.

Now he runs an advertising and marketing agency and can’t think of a situation where he doesn’t use his political science degree. His education gives him a perspective from which to observe how and why society changes.

"When you study political science, you’re basically studying case studies of why groups of people do what they do,” DiMassimo says. “You’re studying ideas and their impact on people, and I’m in a business that’s all about ideas.”

Director of Development at the National Alliance on Mental Illness, Wilmington, Delaware

Abramson comes from a family of lawyers, and at first he wanted to attend law school too. Then he decided to work for a nonprofit organization instead.

At the Delaware chapter of the National Alliance on Mental Illness, Abramson plans fundraising campaigns and looks for donations from companies, foundations, and individuals. He enjoys working behind the scenes so his organization can continue its work.

His degree works because politics is everywhere. Knowing that helps him understand how people work together and how to convince them to donate. “It’s meeting the right people,” Abramson says. “‘What we can do for you, what you can do for us.’”

Clearly, political science isn’t just for lawyers! (Or professors or politicians, for that matter.) A degree in poli sci gives you skills like analytical thinking, writing well, and arguing when you need to. Knowing how to do these things will take you far, no matter what you decide to do. There are many universities with scholarships for political science majors too! Start your search today.