How to Graduate With a Degree and a Future 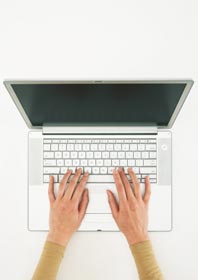 Have you checked employment numbers for recent college grads lately? They’re . . . not great. Though people holding a college degree are twice as likely to be employed as those with just a high school diploma, many of those working folk are in positions not related to their fields of study—including positions that don’t even require a degree. Just five years ago, having a bachelor’s degree meant vastly improved career prospects, but now, for many, the diploma feels like it overqualifies you for many positions, opens no new doors, and leaves in its place loads of student debt.

But before you start weeping softly to yourself in a corner, there is something you can do. In addition to making sure you acquire ample practical experience and adequately network within the field you will be pursuing at college, there is a skill set you can develop in tandem with your degree that will give you a big edge in the job hunt: computer science.

Now, there’s no need to start frantically flipping through your college course catalogs; you don’t have to double-major or even add a minor in computer science—although that would be a great idea if you still have a boatload of electives to spare! But you do need to talk to your advisor and take a long look at the educational opportunities available to you. If you are in an electives crunch, you can still gain valuable CS skills while building your network within those skills by getting involved with the open source community.

What is open source?

The open source community is responsible for a vast array of coding projects like the operating system Linux, the Internet browser Firefox, and the Web content management system (CMS) Joomla. Members can start their own projects and often the project will then take on a life of its own as other members contribute to, test out, and modify the code.

Why does it matter?

Open source projects are becoming adopted by an ever-increasing number of companies, and it is not uncommon to find multinational corporations abandoning whatever commercial software they were using in favor of the open source alternative. In 2009, the online home of the president, WhiteHouse.gov, announced that it would be transitioning to using the CMS Drupal. With the increase in high-profile clientele, the number of open source consulting firms has blossomed in recent years. Coders with familiarity and experience with these open source projects are in high demand. Furthermore, the open source community is home to many high-profile experts in the field, so you never know who you maybe rubbing shoulders with as you get involved—this makes it an excellent place to network and build connections for your future.

For those who may not be able to gain extensive knowledge of open source projects to break into the CS industry, it is worthwhile to invest some time to increase your marketability within your field. Nobody is going to argue that computer science is lucrative. Familiarity with code and the toolbox you will gain from exploring open source code makes you a more valuable employee in many areas. By doing so, you can get a handle on more commonly used codes, platforms, and terminology, all of which are marketable skills for the “cloud computing” marketplace.

“Computer skills” are now more valuable than ever, but we’re talking about much more than a familiarity with Microsoft office products. Having the ability to hunt around and sniff out basic computer, networking, or website malfunctions and errors will give you a serious edge over your competition in the job marketplace, who will only increase their employer’s reliance upon an IT department.

How do I get involved

December 10, 2013, kicked off National Computer Science Education Week, and in order to celebrate, Code.org made a big push for its program “Hour of Code.” Hour of Code was designed as a way to engage students and give them a solid foundation of what code is and what it can do. Although it is designed for younger students, those who are brand new to computer science can benefit from the interactive tasks and games that Hour of Code provides.

Other popular options for dipping your toes into computer science include the materials available on massive open online course sites like edX, Coursera, and Udacity (and more). These sites allow you to take college-level courses in a stress-free—and monetarily free—environment. You won’t be able to earn official college credit (for now, at least), but you can get a self-driven introduction, perhaps even a full education, on topics that interest you.

Then, after getting a basic grasp on coding, it’s time to get involved. While you are working on your coding skills, sign up to be part of a community like GitHub.com, opensource.com, opensource.org, and sourceforge.net. Like involvement in any community, make sure to meter your involvement. Don’t start or jump into projects when you are a novice or even after you’ve gained a little more experience; establish yourself as a curious and interested member of the community by commenting on blog posts and joining forum discussions. The open source community is widespread and prides itself on its supportive and collaborative nature, so winning the trust of the group is a crucial step to improving your abilities to navigate open source products and learn more.

Experience with open source projects and a well-established network in the community can give your degree a myriad of opportunities for application, giving you the competitive edge in the marketplace and extensive job versatility. Satisfaction in work is a top priority for our generation, so it’s important to maintain a diverse skill set as it is unlikely we will be following in our parents’ footsteps and staying with the same company forever. Start slowly now, and you’ll be astounded at what you can accomplish and the people you’ll meet along the way.