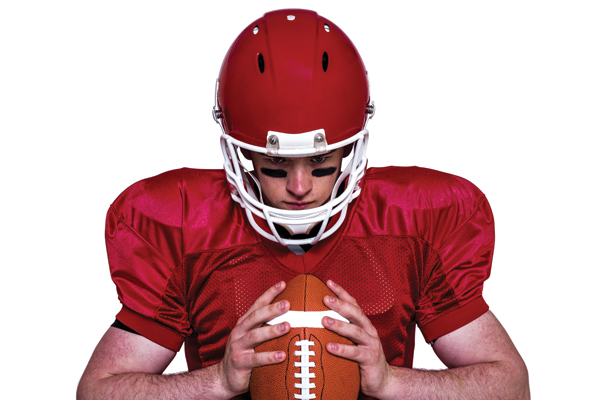 Woo, sports! Athletics are a big part of the college experience for student-athletes, fans, and those looking to stay active alike. Whether you want to get recruited, play for fun, or cheer from the sidelines, here are a few college sports terms you should know.

For the serious student-athlete

All-American: Outstanding student-athlete recognized by the College Sports Information Directors of America in various collegiate sports. The student-athlete must be nominated by his or her head coach and meet certain academic and athletic criteria, including maintaining a high GPA and playing a certain percentage of games.

Eligibility: Status student-athletes must maintain in order to play Division I and II sports, according to NCAA standards. High school students must register with the NCAA Eligibility Center and meet certain academic requirements regarding core courses, GPA, and standardized test scores in order to compete at D-I and D-II schools. D-III schools maintain their own admission standards and do not require registration.

Full ride: Rare athletic scholarship that covers a student-athlete’s tuition and fees, room, board, and textbooks. Offered in six NCAA Division I sports (football; men’s and women’s basketball; and women’s gymnastics, volleyball, and tennis). Full-ride scholarships are not guaranteed for four years and must be renewed year to year by the institution. Full rides are not available at Division II or III schools.

National Association of Intercollegiate Athletics (NAIA) and National Collegiate Athletic Association (NCAA): The two main governing boards of college athletics that control everything from student eligibility to the number of official campus visits a student may make in the recruitment process (see below).

Recruitment: Process by which a college or university woos a student-athlete by letter, phone, invitation to campus, and/or personal visit.

Redshirt: Student-athlete who attends college, practices with the team, and is present at games but does not compete for one year at their coach’s discretion in order to further develop their skills and extend their eligibility to play at the collegiate level to five years. A redshirt freshman is technically a sophomore, academically speaking. Also see “True freshman.”

True freshman: Student-athlete who is in their first year of college both athletically and academically; not to be mistaken for a redshirt freshman, who starts competing during their second year (see “Redshirt”).

For the more casual athlete

Club sports: College teams that compete against other schools but are not regulated by the NAIA or NCAA. They are often student-run, hold tryouts and practices, and do not receive funding from the school. In terms of commitment, club sports require less than varsity but more than intramural teams (see “Intramural sports”).

Co-ed/co-recreational: Club and intramural sports teams or leagues in which both males and females can play with and compete against each other. There must be the same number of each gender on a co-rec team, i.e., five male and five female players.

Intramural sports: Recreational leagues and teams for all students, regardless of skill level. Teams are organized within the institution, and participation is not required. Many students join intramurals to meet new people on campus, stay active, and have fun. Common programs include basketball, flag football, soccer, Ultimate Frisbee, kickball, etc.

Fight song: A school song chanted by fans to cheer on a team. Some college fight songs are over 100 years old; the oldest, Boston College’s “For Boston,” was written in 1885.

Whiteout: Annual game (often for college hockey, basketball, or football) where fans dress in white to show their spirit/solidarity and intimidate the opposing team.

The Benefits of Playing Club Sports in College